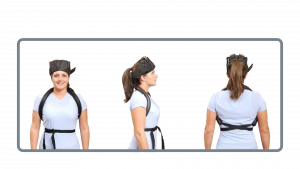 A patient’s posture and spinal position will not consciously improve or change by telling them to “stand up straight”, “stop slumping” or through regular exercise. Reflex information goes to the autonomic nervous system, automatically causing postural muscles to organize and re-organize the spine as needed to keep the head erect relative to gravity. The dynamic and static reflexes explain why spinal position and/or function will not permanently change the application of external mechanical forces, (adjustments) even if such forces are well intended. The nervous system won’t allow it.

Head Weighting is called “Summation” by Neurologists. It is effective in cervical lordosis correction. However, the use of the shoulder and hip weighting in addition to head weighting is approximately 100 times more powerful than head weighting alone for correcting all spinal displacements. The Pettibon Weighting System, righting reflexes, nervous system, and innate organizing energy will correct the spine and posture in the living body under gravity.

The Posture Strap produces an increased resistance in the lower neck. This gives the head weight something to act against. The combined actions re-establish mobility and begin correcting the cervical lordosis that has resisted correction.

A force is not effective until it meets resistance!

How to wear the Cervical Posture Strap: 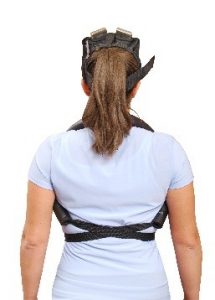 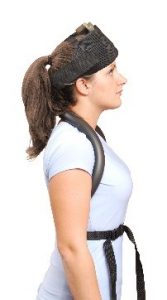 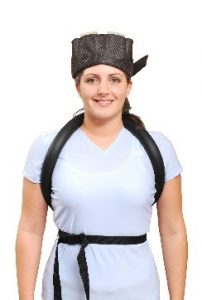 Here are several Pre- and Post-treatment x-rays from patients who used the Cervical Posture Strap with their head weight: 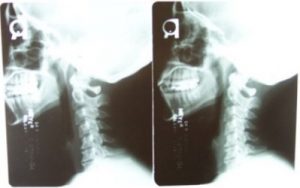